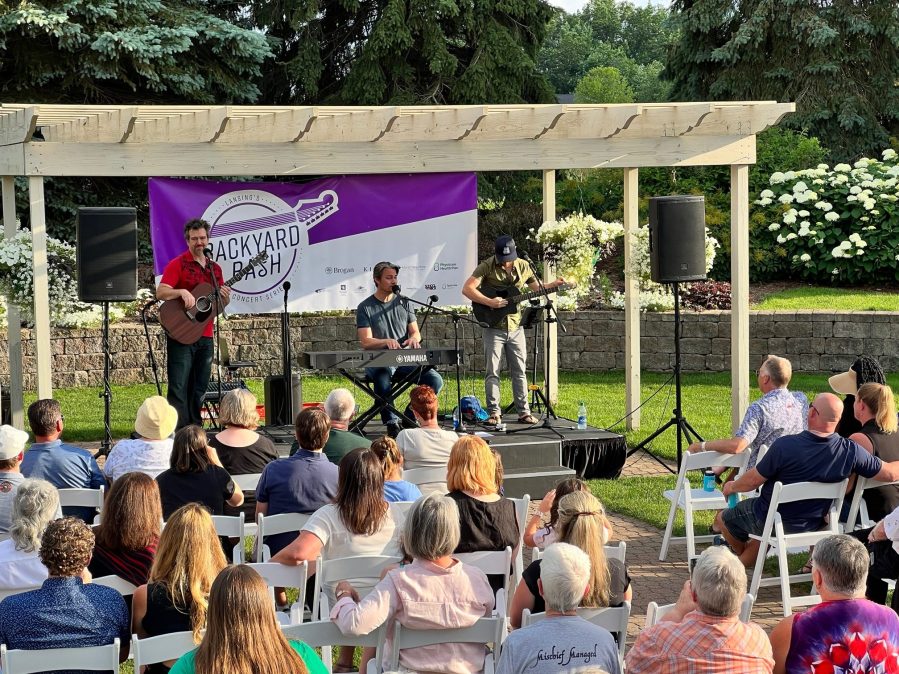 LANSING, Mich. (WLNS) – Adversity can sometimes be a great source of inspiration.

A week in the hospital with a bad case of COVID influenced Grant Hendrickson to start ‘Share the Music,’ a foundation promoting and supporting musical artists.

This summer, the foundation is holding a series of concerts called Lansing’s Backyard Bash at Eagle Eye Golf Club.

The first performance, Tim Foust & Friends, was held July 6 and OneUp Duo and Morgan James are scheduled for Aug. 10 and Aug. 31.

Between his own personal struggle recovering from COVID and receiving word from his artist friends that were dealing with loss of income thanks to a pandemic shaken music industry, Hendrickson wanted to give back.

“I spent a week in Sparrow on oxygen support. It was scary. After I got healthy, I realized I wanted to do more to help the community of Greater Lansing,” Hendrickson said. “I knew it would be fun to have an outdoor concert series where artists could get paid and additional funds could go to nonprofits.”

Music has always been a huge part of Hendrickson’s life. He grew up singing along to his father’s piano playing, and in college he majored in music education.

Before Hendrickson began his current occupation working in insurance he made a living as a professional musician, performing with an acapella group called the Cat’s Pajamas.

“We played around the world on cruise ships; went on national tours and made friends with a lot of incredible artists,” Hendrickson said.

Hendrickson was also the Musical Director at Second City Club in Chicago before moving to Lansing with his wife.

After the registration and building a website, Hendrickson reached out to find a venue before partnering with Eagle Eye Golf Club. The venue allows for an intimate garden setting with a capacity of 200 guests.

“It’s a beautiful spot where people can feel safe, because COVID is still a thing,” Hendrickson said.

Proceeds made after artist fees from the Backyard Bash concert series are being donated to two local nonprofit groups, Ele’s Place and the Sparrow Foundation.

To learn more about Share the Music, visit sharethemusic.org