TRENDING NOW
Meadows Texts Proof of Plot to Overturn Election | Under 30 Alumni Ryan Breslow Back With (A Startup Called) | Are Guitar Strings Recyclable? – Music Industry How To | 5 Tips on Coping With Financial Stress and How to Bounce | Liz Cheney Says If Trump Is GOP Presidential Candidate She | The Top 3 Reasons Why You Should Regularly ‘Zoom Out’ On You | 15 Highest Paid Singers In The World 2022 | Can’t Sleep? How to Fall Asleep Faster And Sleep Better | 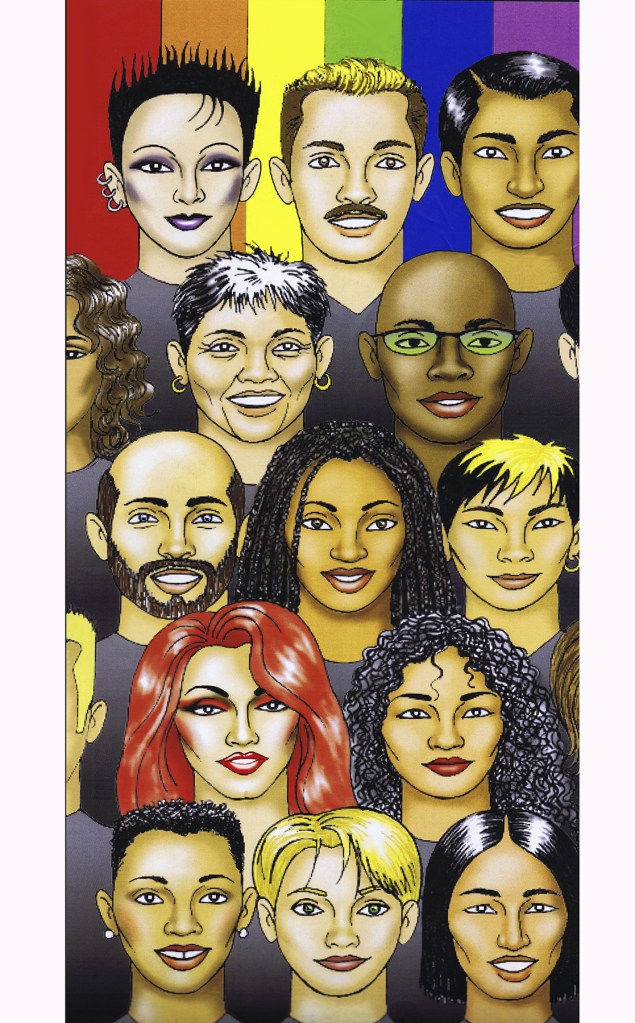 The South Carolina native always had a passion for drawing and painting, but it wasn’t until he made his way to Chicago in the early ’90s, connected with a friend and started drawing an inclusive line of greeting cards that he found his dream and life’s calling: Lavenderpop Greeting Cards, a line of celebratory, inclusive cards featuring and honoring the Black community.

One card, “Fade Sistah,” features a Black woman with oversized gold hoop earrings, her hair loc’d and faded on the sides. Another, “LGBTQ Diversity,” celebrates the community with people of all identities, ages and hair colors standing in front of a rainbow Pride flag.

Before launching a greeting card line, Richardson never saw cards that represented his community, he said. Lavenderpop bridges that gap, he said.

“I really want to make a mark on the greeting card market,” Richardson said. “I want to continue to expand to different stores, gift shops and hospitals. I want to be a place where people can see what I’ve done and help them if it’s something that they want to do.”

‘I Never Thought About Greeting Cards As A Business’

Richardson graduated from Northern Illinois University with a degree in art before moving to Chicago. He “did a lot of freelancing,” he said, painting acrylic on canvas and trying illustration to make a living.

In 1999, Richardson and a friend, Hana Anderson, a writer, decided they should try to create a business together, Richardson said. They tossed around a few ideas, and ultimately landed on cards.

“Neither of us knew about the greeting card industry,” Richardson said. “I had made handmade cards for friends and family, but that was it. But we knew that we wanted to do something creative, and we wanted to launch a new line of Black cards.”

Mahogany, Hallmark’s brand of cards for the Black community, was dominating the Black greeting card space at the time, Richardson said. He and Anderson wanted to create a “younger, hipper version” of the brand and “put something new on the market,” he said.

Blackpop Cards, short for Black popular culture, was born. They sold their cards in Black bookstores.

“I became really in love with the process of doing greeting cards,” Richardson said. “Before that, I never thought about greeting cards as a business.”

BlackPop came to an end, but Richardson’s love for creating greeting cards never faded, he said.

Richardson decided to branch out on his own in 2004 and tackle the art and writing for a brand of greeting cards called Lavenderpop, he said. The color lavender blends the pink triangle gay men were forced to wear in concentration camps with the black triangle that marked lesbians as political prisoners in Nazi Germany, repurposing them into symbols of LGBTQ pride, according to the Human Rights Campaign.

“I really liked the term and color lavender. I thought it was unique. Lavender is royal,” Richardson said. “When I started, I had more LGBTQ cards in the collection, and lavender is also considered a popular color in the LGBTQ community.”

When Richardson launched Lavenderpop Greeting Cards, he wanted to create something he hadn’t seen before, he said.

Richardson had seen holiday cards and Black-oriented cards, but he hadn’t seen anything in those collections dedicated to the LGBTQ community, he said.

“When I would go to the North Side to Boystown, I would go to different bookstores and gift shops, and there would be LGBTQ cards, but they’d be all white,” Richardson said. “I hadn’t seen inclusive cards. I decided I’d be the one to create something different that I hadn’t seen on the greeting card market.”

But as online markets like Amazon began to wipe those bookstores off the map, Richardson had to pivot to fit the “new retail landscape,” he said.

Lavenderpop cards feature Black faces, which people in the community are attracted to, Richardson said. People want to see their communities represented, even if it’s on a greeting card, he said.

“When you saw yourself in the media it was very reaffirming. That’s why Ebony and Jet Magazine were big successes,” Richardson said. “I adopted the style of having very diverse, Black images, faces and figures. Those are the ones that I find are selling out.”

‘Success Is Right Around The Corner’

Lavenderpop Greeting Cards’ big break came in 2016 when Richardson became one of the first Black vendors to sell his items in a newly opened Whole Foods in Englewood.

Officials with Whole Foods announced they were closing the Englewood location in April, nearly six years after owners vowed to bring fresh food options to the community. A spokesperson with the store said the location would close “in the coming months,” but did not specify a date.

“It was a big deal getting into the Whole Foods in Englewood, and I’m really saddened to hear it’s closing,” Richardson said. “Not just for myself, but for the people in the community who really looked into Whole Foods and wanted to have a place to get fresh vegetables and fruit.”

Working with Whole Foods pushed Richardson to try to sell his cards at other grocery stores, he said.

Fans can find Lavenderpop Greeting Cards at 11 Jewel-Osco stores on the South Side. Richardson’s line became the first Black-owned independent greeting line to strike a partnership with the store in its 100-year history.

Soon, Richardson’s cards will be available at Jewel-Osco locations on the North Side, he said.

A few weeks ago, Richardson partnered with Local Market Foods in South Shore, a “huge” accomplishment, he said.

“One of the things that keeps me motivated is a never-give-up attitude,” Richardson said. “I have approached different stores that said ‘No.’ The ‘No’ inspired me to not stop. A lot of times, success is right around the corner. You just have to keep at it.”

You can buy Lavenderpop Greeting Cards at these Jewel-Osco locations:

Click here to support Block Club with a tax-deductible donation.

Thanks for subscribing to Block Club Chicago, an independent, 501(c)(3), journalist-run newsroom. Every dime we make funds reporting from Chicago’s neighborhoods. Click here to support Block Club with a tax-deductible donation.

Listen to “It’s All Good: A Block Club Chicago Podcast”: