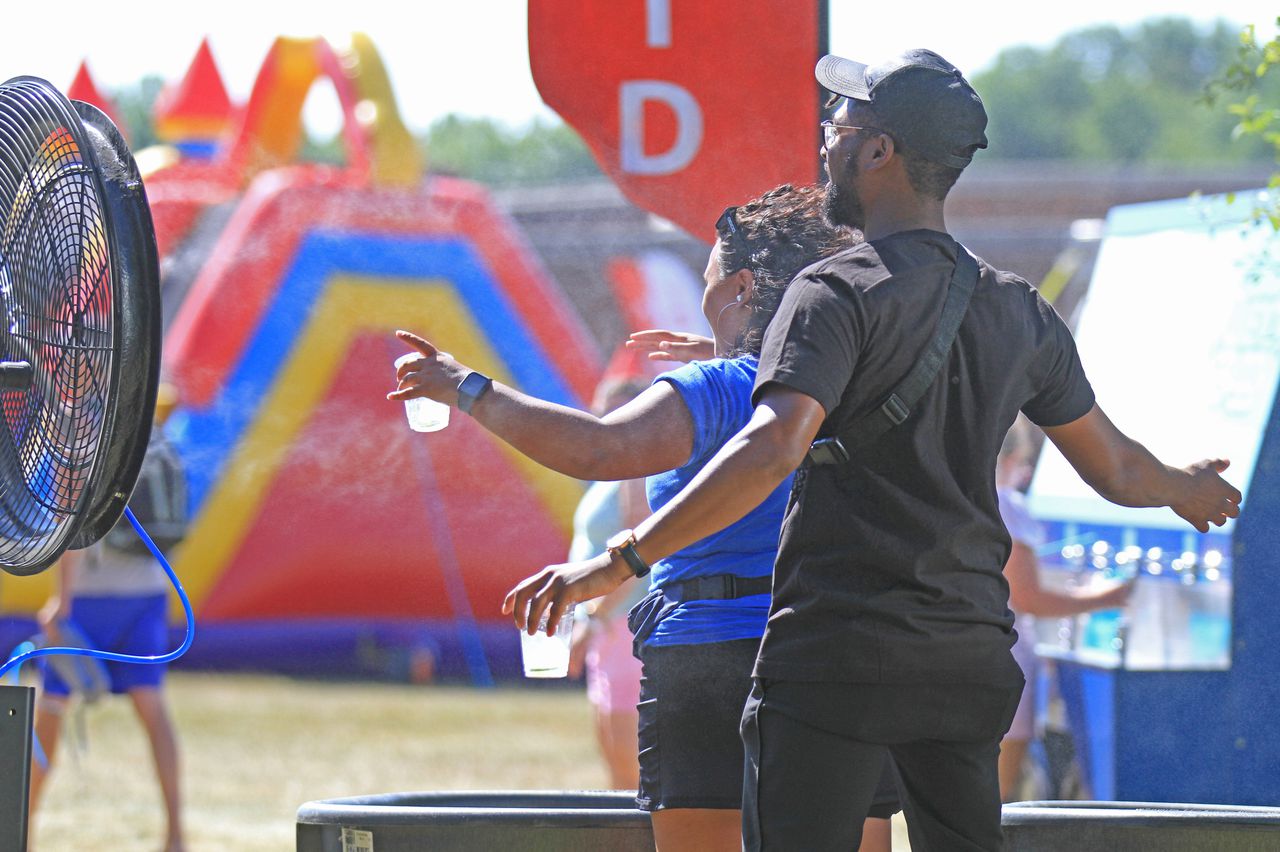 KIRTLAND, Ohio – WonderStruck music festival wrapped up on Sunday night, finishing off its second year at Lakeland Community College with a variety of performances and boundless energy.

The Elevation Group-organized fest, formerly known as LaureLive, first took place as WonderStruck last year. At that time, the event marked a major return to large event gatherings in Northeast Ohio during the pandemic.

A year later, the pandemic played less of a role in WonderStruck’s protocols. But it still factored into the impact of live music, most notably during Michael Franti & Spearhead’s set.

Franti, who performed ahead of headlining band Vampire Weekend, shared a bit about his pandemic experiences. The singer lost his father to the virus, along with other friends and family members.

Returning to the stage was a marker of hope for Franti.

“I knew live music would be one of the last things to return,” Franti said in an introduction video, “and that when it did, it would be the sign of a new tomorrow.”

That “new tomorrow” could be exemplified by the past two years of WonderStruck, which have brought thousands of music fans to Lakeland. And Sunday, July 10, was a real peak for the festival, including not only Franti’s set of upbeat songs, but also one of the best headliners that the Elevation Group has ever nabbed.

Vampire Weekend, both a critical darling and certifiable crowd-pleaser, has consistently released great material – and all of it was on display at the Music Elevates stage just as the sun set. The band’s technical precision was featured in songs like “Sunflower,” “Cousins,” “A-Punk” and “This Life.” A semi-deep cut arrived when the band put on a thumping rendition of SBTRKT and Vampire Weekend singer Ezra Koenig’s collaboration “New Dorp. New York.” while the stage was bathed in red light.

Though Vampire Weekend was certainly a major highlight of WonderStruck’s second day, the acts leading up to it were lots of fun, too.

Big Freedia, the queen of bounce music, amped up the audience with a range of absolute bops and nonstop twerking from her backup dancers – along with some booty-shaking audience participation. Saint Motel was just the right type for the crowd that gathered in the full sunshine, grooving to songs like “Sisters,” “A Good Song Never Dies” and the band’s biggest hit “My Type.” Singer AJ Jackson’s velvety vocals shaped the indie tracks, accentuated by bursts of saxophone and trumpet.

Early in the day, cleveland.com life & culture reporter Troy L. Smith appeared at the Radd Stage to tape an episode of his “CLE Rocks” podcast with festival organizers and music industry professionals. (CLE Rocks is sponsored by WonderStruck.)

Other Sunday acts included .wavrunner, The Empty Pockets, Michigander and The Orphan. The Poet, who all hit the stage for a steadily growing crowd.

That crowd never seemed to max out. Though WonderStruck’s second day was well-attended (with an audience that moved like a blob between the two main stages), it didn’t seem to reach the venue’s capacity.

Maybe that’s the nature of a festival date that immediately precedes the work week. Or maybe it had to do with the heat; when the sun was at its strongest, many fest attendees took advantage of mist fans, or lazed under the “Shade Oasis” tent area or under the many trees in front of the smaller Radd Stage.

For the event’s sixth year, and its second under its current name, WonderStruck concluded Sunday night with a bang. Thousands of tuckered-out, slightly sunburnt festival goers headed out of the gates and toward their cars, with music still ringing in their ears.

It built on a strong first day for WonderStruck, which included an intimate performance by The Lumineers and energetic shows by Tai Verdes, 24kGoldn and more.

The full weekend, featuring 28 acts on stage and so much other fun on the festival grounds, further cemented WonderStruck’s status as Cleveland’s best, most enduring music festival experience.

Get a jumpstart on the weekend and sign up for cleveland.com’s weekly “In the CLE” email newsletter, your essential guide to the top things to do in Greater Cleveland. It will arrive in your inbox on Friday mornings – an exclusive to-do list, focusing on the best of the weekend fun. Restaurants, music, movies, performing arts, family fun and more. Just click here to subscribe. All cleveland.com newsletters are free.